?Is Social Media Hurting Your Memory 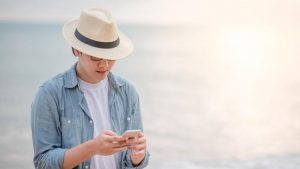 It’s such a cliché to say social media and smartphones are ruining the minds of a generation. They’re just little machines that connect us all and let us record our experiences to share with our friends. The thing is, a new study suggests that even just sharing a story or a photo is enough to hobble your memory of the event. But is that really social media’s fault?

Published in the Journal of Experimental Social Psychology, this study, led by Diana Tamir of Princeton University, aimed to test how sharing experiences, on social media or otherwise, would affect people’s memory of those experiences. In two different experiments, Tamir and her team asked participants to engage in an activity while either recording it for posterity or enjoying it for their own sake.

Participants in the first experiment watched a video of a TED Talk online. For that experiment, the researchers gave the participants one of six sets of instructions: either watch the video and do nothing, think about the video while they watched, write down their thoughts about the video while they watched (those people were told their writing would either be erased, returned to them, or shared with others), or write about irrelevant objects around them while they watched. The second experiment was more of a real-world scenario: participants were asked to take a self-guided tour of a church on campus. Some were asked to simply take the tour, some to take pictures without sharing them, and some to take pictures with the intention of sharing them on Facebook. As it turned out, even having the intention of telling other people was one of the worst ways to make sure an event stayed in their brains.

Compared to those who only reflected on their experiences, the people who recorded the event performed about 10 percent worse when asked to recall the details of their experience a week later. But the interesting thing is that the same decrease in performance popped up whether they shared those experiences or not. Instead, it was the act of reproducing the experience that made memories falter.

That’s rooted in the theory of transactive memory, which describes how we divvy up data between internal storage (our own brains) and external storage (anything else, from notepads to Facebook to other people’s brains). Another study found, for example, that when information can be recalled at the press of a button, our brains tend to disregard remembering the information and instead glom onto the button- pressing process. The danger is that although our brains like shortcuts, external memory is only as reliable as it is accessible.

The Upside of Online

Whether you’re sharing everything or not, maybe the takeaway from this study is  that if you want to have a full, rich experience, you should focus on experiencing it and not on memorializing it. But while that might be true of memory, it’s not necessarily true of the experience itself. The study also found that no matter what the participants had been asked to do to record their day, they all reported enjoying themselves about the same amount. If that’s true, then maybe it’s not such a bad  thing to keep on sharing your experiences, as long as you don’t mind having to look back through your photos to re-experience a memory. But if you’re ever in a place that you want to be able to recall every time you close your eyes, it’s probably smart to leave your phone at home

to deliberately make sure that a plan, system etc cannot work successfully

a plan or desire to do something

to become weaker and unable to continue in an effective way

Be rooted in sth

to have developed from something and be strongly influenced by it

to remember a particular fact, event, or situation from the past

?What was the experiment about

?What was the result of the experiment

?What should we do if we want to recall an experience completely in the future