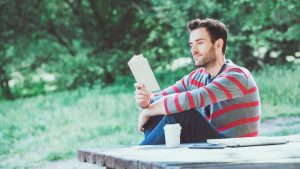 This summer, if you’re lucky, you’re probably taking a break somewhere away from your usual routine to reset and relax. If new science is to be believed, you might want to consider taking a vacation from Facebook too. Your brain will thank you.

Facebook seems to be continuously in the news these days for one privacy scandal after another, but below that steady drumbeat of negative headlines runs a quieter current of bad news for the company. A series of studies is showing how the site negatively impacts our moods and stress levels, and how valuable even a short break from social media can be.

The most recent of these was led by Australian researcher Eric Vanman at the University of Queensland and was recently published in the Journal of Social Psychology. For the study, Vanman’s team rounded up 128 active Facebook users and brought them into the lab for in-depth tests of their life satisfaction, stress levels, and moods.

Crucially, the scientists also took a saliva sample to measure subjects’ levels of cortisol, which is a hormone generally linked to stress. The higher your levels, the more stressed out you probably are. Then, the scientists told half of these subjects that they would need to abstain from Facebook entirely for a week.

The participants banned from Facebook predicted dire outcomes. “My social life will be totally stopped if I cannot use Facebook,” wrote one dejected subject when asked to predict his feelings. When they returned five days later for the same battery of tests, the volunteers did tell scientists that they felt the quality of their social lives declined. But you know what also declined? Their cortisol levels.

As the British Psychological Society Research Digest blog notes in their write-up of the findings, while this drop in a physiological marker of stress is intriguing, it’s also not conclusive. Maybe the Facebook-deprived subjects were simply forced to take more walks to pass the time, for instance, and that led to the reduction in cortisol. But luckily, you don’t have to base your opinions on what a short break from Facebook  will do for your brain on this one study alone.

Way back in 2015, researchers at the wonderfully named Happiness Research Institute in Copenhagen asked roughly 1,000 Danes to quit Facebook for a week. Those forced to take a break from the social network saw a 55 percent decrease in stress and an uptick in face-to-face socializing.

This is hardly a flood of incontrovertible findings, but it is steady evidence that Facebook — with its endless parade of curated humble brags and covert status competition — is probably having a negative effect on your stress levels. And these conclusions are backed up by plenty of anecdotal evidence too.

The good news is that you don’t need to entirely quit Facebook or radically rearrange your social life to fight back against the negative psychological consequences of social media. As the new Australian study makes clear, even a five-day hiatus will probably give your body and brain a break from stress. But computer science professor and “Deep Work” author Cal Newport suggests a more long-term fix: quit Facebook for one month to see what parts of your social media habit you truly miss, and what parts were just mindless browsing.

“At the end of the 31-day period,” he explains, people can “rebuild their digital lives starting from a blank slate — only allowing back in technologies for which they could provide a compelling motivation.” Give it a try. Science suggests the experiment will be a stress killer

an event in which someone, especially someone important, behaves in a bad way that shocks people

When something makes a lot of noise or news

the liquid that is produced naturally in your mouth synonym spit

to not do or have something you enjoy, especially alcohol or sex, usually for reasons of religion or health

a decrease in the quality, quantity, or importance of something

something that is intriguing is very interesting because it is strange, mysterious, or unexpected synonym fascinating

Selected, organized and looked after

secret or hidden opposite overt

a break or interruption in an activity

?What are the negative effects of social media such as facebook

?What were the results of the experiments

?How long should we stop using facebook to recover from the negative effects