Kids Can Learn Languages for Much Longer Than We Thought 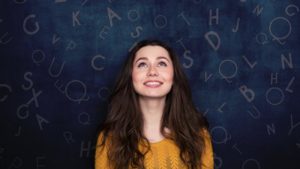 Everyone knows that kids pick up languages faster than adults, even if they’re learning two or three languages at once. In fact, the earlier you start them, the  better their little brains were just built for picking up the intricacies of obscure grammar rules and spelling quirks. But here’s some good news: according to new research, the window of time when you’re best suited to pick up a new language is actually open a lot wider than we previously thought.

When you think about it, it makes sense that kids learn languages more easily than adults. Language is a basic feature of human evolution, so obviously our brains would be wired to pick it up quickly. The thing is, it’s long been believed that the brain is best at picking up new languages before age seven — the older you are beyond that, the less absorbent your brain is to new forms of conjugation.

A new study of more than 670,000 American participants, however, suggests that the word window of your brain is open much longer than that. They pinned down the new peak moment of language acquisition at 17.4 years, instead. Maybe high school foreign-language classes are more useful than you thought.

We’ve been studying this so-called “critical period” of language  acquisition  for years. Why the change now? Well, two things set this study apart from previous investigations. First is the sample size. Previous second-language studies have had to contend with relatively low sample sizes — they might have only a few dozen qualifying participants. This group, by contrast, was absolutely massive thanks to the fact they accepted participants via an online portal, and that could lend greater accuracy to the results.

Second of all, earlier research had focused on overall volume of language that young children could pick up over time, even if the participants started learning at different ages. Instead, this one tracked the speed at which a young brain learns grammar rules. That showed that the benefits of youth on language acquisition last well into the teens. A seven-year-old might have

more time to spend on language learning, and thus learns more language than a busy high school senior does. But that doesn’t mean the senior is any worse at learning new words.

This language study was big. Like, record-breaker big. And while the data-gathering portion of the second-language study is finished, these linguists are still curious about how you interact with the English language. Interested? All you have to do to is play a game.

Games with Words is the online portal we mentioned earlier, and it’s one of the most fun ways to participate in linguistic research. It’s not really a matter of getting your grammar right or wrong. The Which English? quiz tracks how grammar changes based on where you live, and the Vocab quiz investigates how factors like birth order and age affect vocabulary. Take the quizzes now and keep your eyes on the website to find more language studies in the future

to learn something by watching or listening to other people

the complicated details of something

not well known and usually not very important

something strange that happens by chance

the process by which you gain knowledge or learn a skill

a part of something larger, especially a part that is different from the other parts

to search for a person or animal by following the marks they leave behind them on the ground, their smell etc

?”What is deep web and why is it called “deep web

?What is dark web

?What can be found in deep web? What about dark web