NASA sent a map to space to help aliens find Earth. Now it needs an update.

The map that NASA launched in 1972 could lead extraterrestrials to Earth. A new map, nearly 50 years later, provides even better directions. 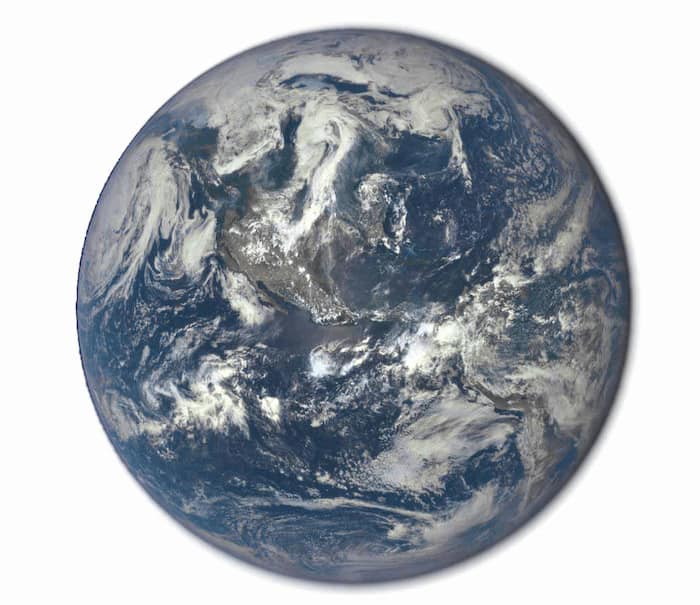 A half century ago astronomers designed a map that would point to Earth from anywhere in the galaxy. Then they sent it into space, reasoning that any aliens smart enough to intercept a spacecraft could decode the map and uncover its origin. Many movies and TV shows have used variations on this theme as a plot point, but we didn’t borrow it from science fiction. It’s reality.

Truth is, this tale has been part of my family’s lore since before I was born. Growing up, I’d heard stories about the map and seen its depiction on multiple interstellar spacecraft, and several years ago, I found the original, penciled-in pathway to Earth where my parents had stashed it.

That was an exciting find! Then came the buzzkill: This original map won’t be good for much longer, cosmically speaking. The signposts it uses will disappear within tens of millions of years, and even if they don’t, the map would point toward our home for only a fraction of the 200 to 250 million years it takes the sun and other nearby stars to spin once around the Milky Way.

Sure, the chances of aliens intercepting the map are astronomically improbable—but if that did happen, an outdated map would be useless rather than helpful. And that wasn’t the goal.

Why on Earth does this map even exist?

It was December 1971, and NASA was getting ready to launch Pioneer 10, a spacecraft that would sweep by Jupiter and make the first reconnaissance of the solar system’s biggest planet. More stunningly, though, Pioneer 10’s brush by Jupiter would sling it onto an interstellar trajectory, making it the first ever human-made object destined to leave the solar system.

With a little help from his friends, the astronomer Carl Sagan decided that the craft ought to carry a greeting from humanity—a message identifying and commemorating Pioneer’s makers that would be interpretable by anyone who found it. NASA agreed and gave Carl less than a month to design the message.

This is when Carl’s friend, the astronomer Frank Drake, enters the story. Frank is also my dad, and among other notable accomplishments, he is credited with conducting the first scientific search for noisy aliens and with formalizing a framework for estimating the number of detectable alien civilizations in the Milky Way galaxy.

Carl asked Dad for help crafting the message while the two of them were in San Juan, Puerto Rico, for a meeting of the American Astronomical Society. Dad recalls that, in the lobby of the San Gerónimo Hilton, he and Carl quickly came up with ideas about what to include: line drawings depicting humans, a rendering of the spacecraft—and then, “in the next moment, we hit on the idea of a galactic map that would pinpoint the location of the Earth in space.”

Dad designed that map, and in 1972 it flew into space aboard Pioneer 10. The next year Pioneer 11 launched, ultimately carrying the map past Saturn and now on to the stars. Then in 1977 both Voyager spacecraft left Earth carrying Dad’s guide to finding our planet, which is etched onto the cover of the “golden record.” The way Dad designed the map means that it points back to Earth both in space and in time, making it a galactic positioning system (a different kind of GPS) in four dimensions.

At the time, Dad and Carl didn’t really worry that the aliens who found their message in a bottle might be of the more malevolent variety.

A newer, better map to Earth

Scott’s new map is a GPS for the ages. It navigates to Earth using pulsars both inside and outside the Milky Way, with a twist.

Instead of the more ordinary pulsars Dad selected, the new map employs millisecond pulsars that spin faster, last longer, and have also-dead orbital companions. These binary pulsars afford a second set of identifiers: the orbital period of the system, which does not change over billions of years. And, crucially, millisecond pulsars age much more slowly than the ones in Dad’s map, meaning that it takes thousands of times longer for their spins to become unrecognizable.

By including signposts in these hard-to-miss stellar globs outside the galaxy, Scott’s map allows Earth to be discoverable for billions of years, even after the Milky Way’s stars have trekked around the galactic core multiple times, shuffling their positions and obliterating constellations.

And Dad, for the record, thinks that’s spectacular.

Reason: to try to understand and to make judgments based on practical facts

Intercept: to stop and catch something or someone before that thing or person is able to reach a particular place

Stash: to store or hide something, especially a large amount

Improbable: not likely to happen or be true

Reconnaissance: the process ofgetting information about enemy forces or positions   by sending out small groups of soldiers or by using aircraft, etc.

Commemorate: to remember officially and give respect to a great person or event, especially by a public ceremony or by making a statue or special building

Pinpoint: to find out or say the exact position in space or time of something

Etch: to cut a pattern, picture, etc., in a surface

Malevolent: causing or wanting to cause harm or evil

Galactic: relating to the Galaxy or other galaxies