What Are the Signs of a Midlife Crisis? 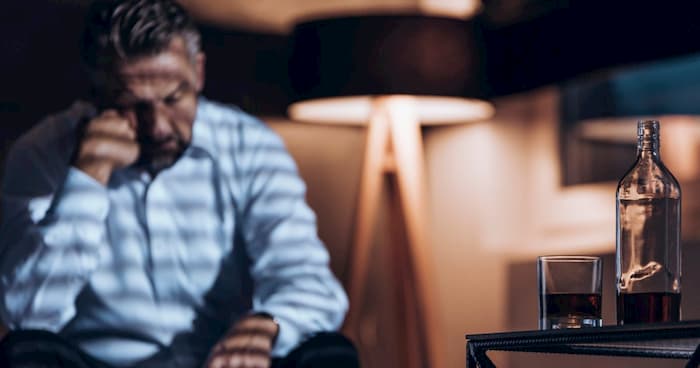 Midlife can be the unhappiest time in a person’s life

People who are having a midlife crisis are thought to be struggling with their own mortality and, somewhere during midlife, they ditch some of their responsibilities in favor of fun. That’s why the term “midlife crisis” often causes people to picture mistresses and sports cars.

It’s thought that aging leads to feelings of depression, remorse, and anxiety. And a midlife crisis is a phase that helps people feel youthful again as they struggle to come to terms with the fact that their lives are half over.

But, the emotional turmoil some people experience during midlife doesn’t always lead to major lifestyle changes that involve the desire to be young again. In fact, a midlife crisis could turn into something positive.

In fact, some researchers believe the notion of the midlife crisis is a social construct. And it’s the belief that you’re supposed to have some sort of crisis in your 40s that leads some people to say they experience a breakdown.

A national survey of Midlife in the United States conducted a poll to determine how many people experience midlife crises. Approximately 26% of the participants reported having a midlife crisis.

Most survey participants reported that their midlife crisis occurred before age 40 or after 50, however.

That raises the question about whether these crises were truly related to midlife since midlife is typically considered age 45.

Out of the one in four people who say they had a midlife crisis, the vast majority say it was brought on by a major event, rather than age. Factors that triggered the crisis included life changes such as divorce, job loss, loss of a loved one, or relocation.

Since “midlife crisis” isn’t an official diagnosis, it’s a difficult concept for researchers to study. Researchers often disagree on what constitutes a midlife crisis.

Much of the research depends on individuals’ answers to questions about whether they’ve experienced a midlife crisis. Of course, what one person defines as a crisis may not be consistent with what another person considers to be a midlife crisis.

While it’s typically thought that a midlife crisis involves the fear of mortality or the desire to be young again, the emotions experienced during a midlife crisis may not be all that much different from the distress someone might experience during any other type of life crisis.

The American Psychological Association says an emotional crisis is evident from “a clear and abrupt change in behavior.” Examples of behavioral changes can include:

For many people, midlife is a time when relationships and roles are changing. Some people may need to begin caring for aging parents during midlife. Others may become empty nesters—or they may feel as though their teenagers are growing up too fast.

For some people, middle age may be a time of regrets.

The aging process becomes more apparent than ever during this time as well. Some individuals may develop illnesses while others may begin to notice a decline in their physical abilities.

For some individuals, midlife may be a time of immense reflection. They may look back over their years and question what their lives might have been like if they’d taken a different path. Some people may regret not choosing a different career path or not creating a life they once dreamed about living. Others may reflect on the happier days in their lives.

For those who are goal oriented, there may be less reflection and more action. Rather than look back on years gone by, they may begin scrambling to accomplish bigger goals in the second half of their lives.

Data on half a million Americans and Europeans found this trend to be true. Individuals in their 60s reported they’d never been happier, but people in their 40s felt like they were at an all-time low.

This U-shaped curve doesn’t appear to be universal, however. It’s more prevalent in high-income nations. A gradual decline in happiness may explain why some people seem to hit a midlife crisis—they’re in a happiness slump.

Even though data suggests people become happier again later in life, there’s a pervasive belief that happiness continues to decline as we age. So, some people in their mid-40s may think life is only going to get worse, which may spark a midlife crisis.

Struggle: to experience difficulty and make a very great effort in order to do something

Mortality: the way that people do not live for ever

Ditch: to get rid of something or someone that is no longer wanted

Remorse: a feeling of sadness and being sorry for something you have done

Turmoil: a state of confusion, uncertainty, or disorder

social construct: an idea that has been created and accepted by the people in a society

trigger: an event or situation, etc. that causes something to start

constitute: to be or be considered as something

distress: a feeling of extreme worry, sadness, or pain

withdrawal: the act or process of taking something away so that it is no longer available, or of someone stopping being involved in an activity

pervasive: present or noticeable in every part of a thing or place