The Chernobyl disaster: What happened, and the long-term impacts

The accident at a nuclear power plant in Ukraine shocked the world, permanently altered a region, and leaves many questions unanswered. 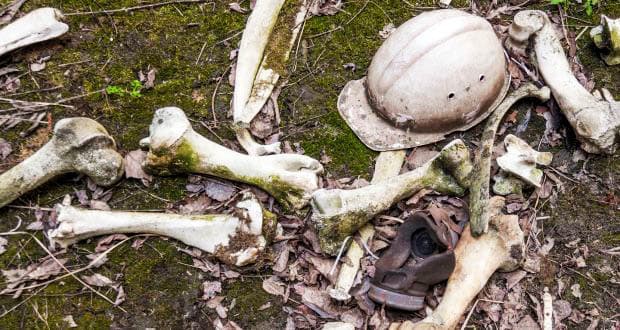 On April 25 and 26, 1986, the worst nuclear accident in history unfolded in what is now northern Ukraine as a reactor at a nuclear power plant exploded and burned. Shrouded in secrecy, the incident was a watershed moment in both the Cold War and the history of nuclear power. More than 30 years on, scientists estimate the zone around the former plant will not be habitable for up to 20,000 years.

The disaster took place near the city of Chernobyl in the former USSR, which invested heavily in nuclear power after World War II. Starting in 1977, Soviet scientists installed four RBMK nuclear reactors at the power plant, which is located just south of what is now Ukraine’s border with Belarus.

On April 25, 1986, routine maintenance was scheduled at V.I. Lenin Nuclear Power Station’s fourth reactor, and workers planned to use the downtime to test whether the reactor could still be cooled if the plant lost power. During the test, however, workers violated safety protocols and power surged inside the plant. Despite attempts to shut down the reactor entirely, another power surge caused a chain reaction of explosions inside. Finally, the nuclear core itself was exposed, spewing radioactive material into the atmosphere.

Firefighters attempted to put out a series of blazes at the plant, and eventually helicopters dumped sand and other materials in an attempt to squelch the fires and contain the contamination. Despite the death of two people in the explosions, the hospitalization of workers and firefighters, and the danger from fallout and fire, no one in the surrounding areas—including the nearby city of Pripyat, which was built in the 1970s to house workers at the plant—was evacuated until about 36 hours after the disaster began.

Publicizing a nuclear accident was considered a significant political risk, but by then it was too late: The meltdown had already spread radiation as far as Sweden, where officials at another nuclear plant began to ask about what was happening in the USSR. After first denying any accident, the Soviets finally made a brief announcement on April 28.

Soon, the world realized that it was witnessing a historic event. Up to 30 percent of Chernobyl’s 190 metric tons of uranium was now in the atmosphere, and the Soviet Union eventually evacuated ۳۳۵,۰۰۰ people, establishing a 19-mile-wide “exclusion zone” around the reactor.

At least 28 people initially died as a result of the accident, while more than 100 were injured. The United Nations Scientific Committee on the Effects of Atomic Radiation has reported that more than 6,000 children and adolescents developed thyroid cancer after being exposed to radiation from the incident, although some experts have challenged that claim.

International researchers have predicted that ultimately, around 4,000 people exposed to high levels of radiation could succumb to radiation-related cancer, while about 5,000 people exposed to lower levels of radiation may suffer the same fate. Yet the full consequences of the accident, including impacts on mental health and even subsequent generations, remain highly debated and under study.

What remains of the reactor is now inside a massive steel containment structure deployed in late 2016. Containment efforts and monitoring continue and cleanup is expected to last until at least 2065.

The impact of the disaster on the surrounding forest and wildlife also remains an area of active research. In the immediate aftermath of the accident, an area of about four square miles became known as the “Red Forest” because so many trees turned reddish-brown and died after absorbing high levels of radiation.

Today, the exclusion zone is eerily quiet, yet full of life. Though many trees have regrown, scientists have found evidence of elevated levels of cataracts and albinism, and lower rates of beneficial bacteria, among some wildlife species in the area in recent years. Yet, due to the exclusion of human activity around the shuttered power plant, the numbers of some wildlife, from lynxes to elk, have increased. In 2015, scientists estimated there were seven times more wolves in the exclusion zone than in nearby comparable reserves, thanks to humans’ absence.

The Chernobyl disaster had other fallout: The economic and political toll hastened the end of the USSR and fueled a global anti-nuclear movement. The disaster has been estimated to cost some $۲۳۵ billion in damages. What is now Belarus, which saw ۲۳ percent of its territory contaminated by the accident, lost about a fifth of its agricultural land. At the height of disaster response efforts, in 1991, Belarus spent ۲۲ percent of its total budget dealing with Chernobyl.

Today, Chernobyl beckons to tourists who are intrigued by its history and its danger. But though Chernobyl symbolizes the potential devastation of nuclear power, Russia never quite moved beyond its legacy—or its technology. As of 2019, there are still ۱۱ operational RBMK reactors in Russia.

Unfold: If a situation or story unfolds, it develops or becomes clear to other people

Secrecy: the state of being secret or of keeping something secret

Watershed: an event or period that is important because it represents a big change in how people do or think about something

Violate: to break or act against something, especially a law, agreement, principle, or something that should be treated with respect

Surge: to increase suddenly and strongly

Contamination: the process of making something dirty or poisonous, or the state of containing unwanted or dangerous substances

Evacuate: to move people from a dangerous place to somewhere safe

Witness: to see something happen, especially an accident or crime

Succumb: to lose the determination to oppose something; to accept defeat

Aftermath: the period that follows an unpleasant event or accident, and the effects that it causes

Eerily: in a strange, frightening, and mysterious way

Fallout: the unpleasant results or effects of an action or event

Beckon: If something beckons, it attracts people

Intrigue: to interest someone a lot, especially by being strange, unusual, or mysterious