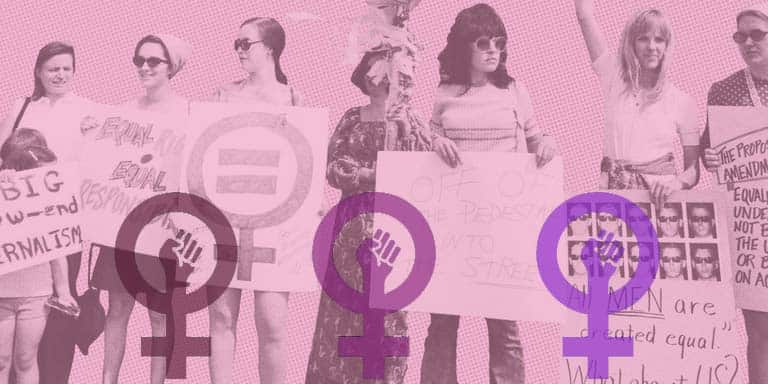 What Is Feminism, And Why Do So Many Women and Men Hate It?

In exploring the latest data from around the world on gender equality, and if we read any news at all or engage in social media activity, the following is abundantly clear – there is tremendous dissent and vehement disagreement today among people around the world about the status and importance of equality.

It’s abundantly clear that our specific views on these issues are rooted deeply in our own personal and direct experiences, rather than on any data, research or science surrounding the issues. (In other words, if we’ve personally faced discrimination, we know beyond doubt that it exists. But if we haven’t faced it ourselves, we often doubt that it happens.)

Finally both conscious and unconscious gender bias is rampant within us, but most us aren’t aware of it

So, what would be helpful in this dialogue, or in this situation we find ourselves in today where there is a great divide among men and women, and among the people of our country who see things dramatically differently from each other?

First, let’s understand what feminism is meant to be.

If you look up the definition of “Feminism” in the dictionary, you’ll see these statements:

Feminism at its core is about equality of men and women, not “sameness.” So many people offer up the argument that women are not the “same” as men so there can’t be equality. In other words, because their bodies are different (many say “weaker” and smaller), and because men and women have different physical capabilities, these physical differences mean equality is not possible.

It’s critical to understand that “same” does not mean “equal.” The issue here is about equal rights and equal access to opportunities.  Men and women don’t have to be the “same” in physicality to have the right to equality. I’d love to see that argument (that women and men aren’t the “same” so they can’t be equal) disappear forever. From my view, it’s a misguided one.

Here’s an example of why: If there were two young boys in a classroom, and one was physically weaker and smaller than the other, would we believe it’s right to keep the weaker, smaller boy from having the same access – to the teacher, to learning, to the computers, to the books and class resources, to other children in the class — because he didn’t have the same physical strength as the other boy?

The vast majority of people I speak to do believe in equal rights for men and women, but the conflict is about how that equality should be achieved. Many resist calling themselves a “feminist” or supporting the feminist “movement.” In fact, just today, a woman commented on my YouTube channel that “feminism is a cancer.”

Why do so many hate the term feminism and the feminist movement?

I believe there are five critical reasons behind this:

Abundantly: in large quantities or amounts

Tremendous: very great in amount or level, or extremely good

Dissent: a strong difference of opinion on a particular subject, especially about an official suggestion or plan or a popular belief

Align: to change something so that it has a correct relationship to something else

Discrimination:treating a person or particular group of people differently, especially in a worse way from the way in which you treat other people, because of their skin colour, sex, sexuality, etc.

Bias: the action of supporting or opposing a particular person or thing in an unfair way, because of allowing personal opinions to influence your judgment

Rampant: (of something bad) getting worse quickly and in an uncontrolled way

Advocacy: public support for an idea, plan, or way of doing something:

Capability: the ability to do something

Misguided: unreasonable or unsuitable because of being based on bad judgment or on wrong information or beliefs

Conflict: an active disagreement between people with opposing opinions or principles

Critical: of the greatest importance to the way things might happen

Overturn: to change something to its opposite condition