Win, Michael and Goron talk about living in maga cities that have huge populations. 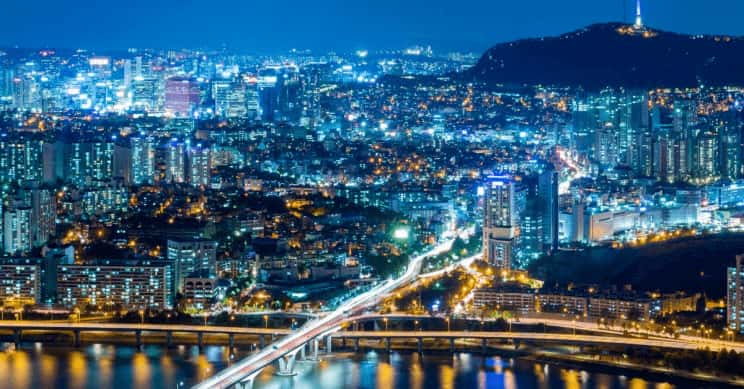 Infrastructure is not capable of keeping up.

Infrastructure refers to things like roads and bridges. Notice the following:

We could not keep up.

When you keep up with something, you maintain the same pace as others. Notice the following:

We have huge car queues.

A queue is a line of something waiting to move forward. Notice the following:

It plans for the roads to all be sub-terrestrial.

Sub-terrestrial means below ground or underground. Notice the following:

When you follow the rules, you do what the rules say can be done. Notice the following:

Urbanization is a problem in Rome.

Urbanization is when people move from the countryside to the cities. Notice the following:

Paul: Goron: Hello, my name is Goron. I’m from Italy.

Win: My name is Win. I’m from Vietnam.

Michael: My name is Michael. I’m from Norway.

Goron: So today, we’re going to discuss about mega cities. So do you have mega cities in your countries?

Win: Well, Vietnam is still a developing country, but we have several big city. The city I’m from, Ho Chi Minh City is – I think it’s the biggest city in Vietnam. And we have people flocking from the countryside to the city every year. And the population keeps growing but infrastructure is not capable of keeping up with the population, so we kind of have some problem right there.

Michael: No. Norway does not have any mega city. But even so, we have problems with infrastructure. We have a huge car queues but they’re actually right now, they are doing everything they can to develop that infrastructure. And most of our capital, Oslo, is actually planned – well, it plans for the roads to all be sub-terrestrial.

Goron: Okay. In Italy, the biggest city is Rome. It’s a really ancient city, as you know. And so for this reason, it was built for horses, for a really small amount of people, not five million as, I think, we have today.

So the biggest problem in Rome is the traffic jam. Sometimes, it could be terrible, terrible. You can be stuck in the traffic for hours. And you just start to think, “Oh well, I want to get out of here.”

Michael: Have you – do you have any kinds of rules or like there’s days, specific days where you cannot drive if your sign has this specific number or something like that?

Goron: They tried to do that, but the drivers in Rome are really famous. They didn’t follow the rules. It’s really hard to have a car incident there. They’re driving like crazy. They are really stressed out about traffic jam and so they’re screaming. They’re horning? So it could be stressful.

Win: Does the government try to renovate infrastructure of the city?

Goron: The problem is like it’s really interesting because when they’re trying to dig into Rome, they find something, some monuments or something that’s from the Roman Empire. And they have to stop everything. So they cannot just destroy, you know, the columns or that they maybe, they find some new houses under the ground, then the…

Goron: Catacombs, yeah. So really, it’s – and so this one, it’s really difficult to dig into Rome and build new metros for example.

Michael: So maybe for Italy, it would be better to create like a new capital, like political capital like in Brazil where they have Brasilia which was specifically built only for the politicians.

Goron: It will be much better to move the capital of Milan actually. I think that, but it’s too much history in Rome to just say, “Oh well, let’s move it out somewhere else.”

Michael: Would you say that urbanization is a problem in Rome that more and more people are coming to Rome from other places? And what would you think is the reason for that?

Goron: Not really. It was a problem some decades ago, but not now. Not really. If you can avoid the big city, you do. But as we know, the biggest opportunities that you have for work, for everything are in the big cities. So this is the main reason.