Peter talks with Jana about how hunting for treasure in the sea is becoming quite popular. 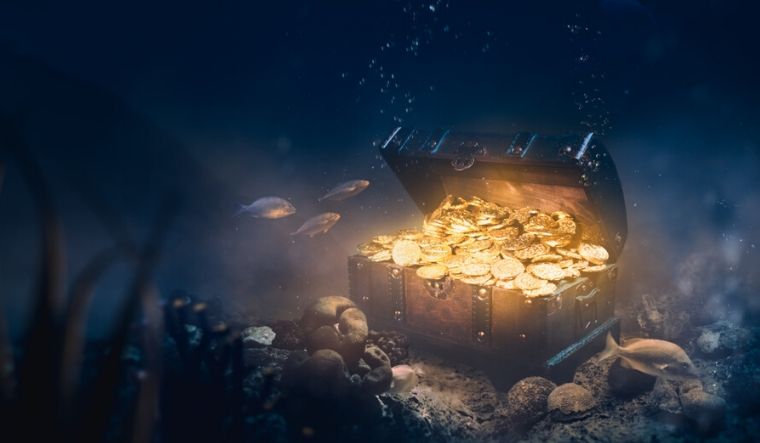 ‘Treasure’ is something that is valuable, like jewels, gold, sculptures, etc. You go ‘treasure diving’ to look for treasure in water. Notice the following:

He and his friend formed a company for treasure diving.

When you ‘form’ a company, you start or create one. Notice the following:

While he was on a diving excursion, he met another guy who was in to treasure diving.

An ‘excursion’ is a short trip someplace, usually involving some risk or physical activity. Notice the following:

My friends have moved to parts of the world that are known for their sunken treasure spots.

Something ‘sunken’ is at the bottom of a lake, river or sea. Notice the following:

Mysteries under the sea involve a lot of dispute.

A ‘dispute’ is a conflict or argument. Notice the following:

He seems to go from one grand yacht in a nice part of the world to the next treasure area.

‘Yachts’ are large and luxurious boats used for traveling on the ocean. Notice the following:

Jana: So, Peter, you mentioned treasure diving. How did you find out about this?

Peter: Oh, well, I had this friend and he actually used to work for the government but he was diving just for pleasure at that time but then he met, I think while on a diving excursion, he met another guy who was into treasure diving and he, they formed a company and they’ve actually become, I guess, professional treasure divers and it’s, I think I mentioned about the sunken treasure around the tip of Africa because of the ancient sea route but I think my friends have now moved off to other parts of the world that are also known for sunken treasure spots. I think one of the areas are close to Florida in the United States because there used to be an ancient shipping route between Europe and the United States and, yeah, they go diving for treasure around that area.

Jana: There must be a lot of mysteries under the sea?

Peter: I think so too and I think it involves a lot of dispute possibly because it’s, it can become a political issue I guess in some ways if the treasure is found and who does it belong to and the countries that originally sent the money or the gold or the treasure or the whatever and the country that it’s found in now and also by the guys that find it. Is it finders keepers or is it a matter of dividing up the discovery and of course I think there’s a lot of historical value involved with the find as well. So, yeah, I think it’s an interesting, fascinating kind of adventure story.

Jana: It would be quite an adventurous hobby to have.

Peter: I think so too. Yeah, I kind of envy his lifestyle. He seems to go from one grand yacht in one very nice area of part of the world and goes to the next treasure area and yeah that’s what he does for a living.