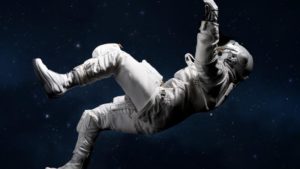 It’s not hard to die in space. (Seriously, it’s brutal out there.) Though we haven’t seen many fatalities out in the ether, luckily, we’d be in an interesting predicament if/when it occurs in the future. It’s time to address the astro-elephant corpse in the room…

Houston, We Have a Body

Only 18 people (14 NASA astronauts) have lost their lives in the history of spaceflight. That’s not a lot, considering how many huge unknowns are part of space exploration.  In each of these deadly instances, there were no survivors. But…what if there had  been? NASA has no official protocol on what to do with a corpse in space. “I did quite a bit of medical training to save people, but not for this,” ISS and shuttle astronaut Terry Virts told Popular Science. “In my 16 years as an astronaut, I don’t remember talking with another astronaut about the possibility of dying.”

If it does happen, NASA told Popular Science that they’ll cross that bridge when they get there: “NASA does not prepare contingency plans for all remote risks. NASA’s response to any unplanned on-orbit situation will be determined in a real time collaborative process between the Flight Operations Directorate, Human Health and Performance Directorate, NASA leadership, and our International Partners.”

One reason there isn’t a standard in place for how surviving astronauts would handle the death of a crewmate is that, well, it’s a tricky problem. As NASA gears up for an unprecedented manned mission to Mars in the 2040s, it’s something we should be thinking about now. It’ll take about three years for us to get to Mars; that’s a lot of time for something to go terribly wrong. Here are some ideas that probably aren’t going to work:

Ashes to Ashes, Dust to Dust

NASA’s strongest plan yet is something called the Body Back, from the Swedish company Promessa. NASA and a group of science and design students from Sweden and Denmark took Promessa’s concept of promession and sought to adapt it to space. For reference, promession is basically the process of freeze-drying a corpse with liquid nitrogen until brittle, at which point it’s then shaken into dust.

The Body Back would inflate into a coffin-like shape and contain the corpse. After any funerary rituals, the airtight Body Back would be sent to the airlock, where the body would freeze in the cold temps of space. After totally frozen, the Body Back will be brought back inside the craft where its contains would be vibrated until it turned into dust. Then the dust is dehydrated, leaving behind about 50 pounds of dust. The dust will then be put into an urn that attaches to the outside of the craft until re-entry. Voila, the ashes of the deceased astronaut will safely return to Earth.

Though this might become the standard, it’s still all very much up in the air. “It was [NASA’s] task to come up with suggestions for adopting [promession for space], and they never went that deep into details,” Promess founder Susanne Wiigh-Mäsak told Slate. “If and when it becomes a reality, we will have to go into the details together with a team of engineers. There will be a number of challenges to solve, I am sure.”

pleasant and attracting your interest

Connected with various stages of doing some thing

to make the meaning of something clearer by giving examples

to spoil or interrupt a plan, agreement etc

a plan or desire to do something ➔ intend

?Why doesn’t NASA have a plan for dead astronauts

?Why can’t they send coffins in space ships and keep the dead bodies

?What other methods cannot be used and why

?What is the only possible solution and what is it called