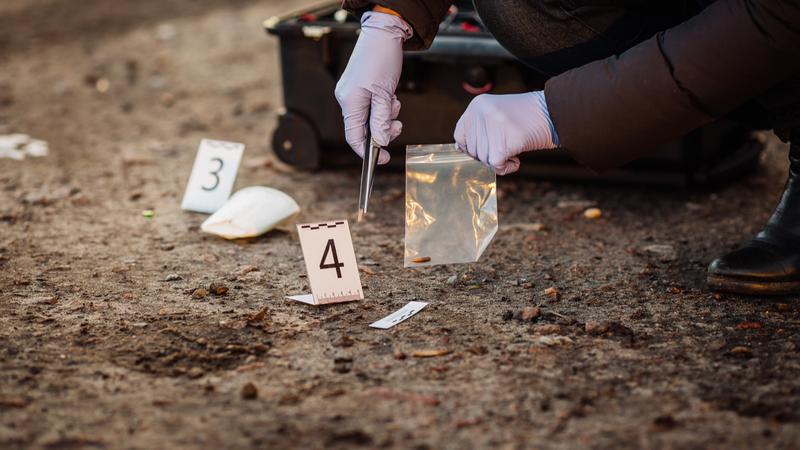 “CSI,” “Law and Order,” “NCIS” — pick your poison, all of these TV shows do it. Forensic investigators show up to the crime scene, glance around like some modern- day Sherlocks, take a hair sample here and a blood sample there, and before you can say “commercial break,” they’ve got their suspect. It all seems so easy — a little too easy, if you ask the forensic scientists who do this job in real life. In fact, some people believe that crime shows have led jurors in criminal trials to have an unrealistic idea of what forensic science is capable of in a phenomenon called the “CSI effect.” But is that true? And how reliable is forensic evidence outside of television?

The term first popped up in 2004, likely due to an article in USA Today describing its supposed effects in the courtroom. Some of those effects were positive: “Talking about science in the courtroom used to be like talking about geometry — a real jury turnoff,” jury consultant Robert Hirschhorn told USA Today at the time. “Now that there’s this almost obsession with the [TV] shows, you can talk to jurors about [scientific evidence] and just see from the looks on their faces that they find it fascinating.” But there were definite drawbacks, with juries asking for DNA evidence when it wasn’t necessary and some courts starting to ask potential jurors about their TV-watching habits. It was clear that prosecutors, defense lawyers, and judges were starting to see juries demand unreasonable standards of forensic evidence before they would find someone guilty.

But while the science on TV might not be real, the many studies into this purported effect are. And they paint a different picture. “Despite the popularity of this belief, there is little empirical evidence substantiating it,” writes Dr. Kimberlianne Podlas  in a 2017 article for the Oxford Research Encyclopedia of Criminology and  Criminal Justice. “In fact, the majority of studies exploring CSI Effects have found evidence supporting a variety of impacts that advantage, rather than disadvantage, the prosecution.” Participants in a 2009 study published in the Journal of Criminal Justice, for instance, were just fine with convicting when there was a lack of scientific evidence, as long as there was an eyewitness to testify about the crime.

Which techniques are overestimated? Take your pick. In 2009, the National  Academy of Sciences (NAS) took a close look at all of them in its report “Strengthening Forensic Science in the United States: A Path Forward.” Here are just a few methods where it found scientific evidence lacking:

Arson evidence. “Despite the paucity of research, some arson investigators continue to make determinations about whether or not a particular fire was set,” the NAS writes. “… many of the rules of thumb that are typically assumed to indicate that an accelerant was used (e.g., “alligatoring” of wood, specific char patterns) have been shown not to be true.“

Bite mark analysis. “In numerous instances, experts diverge widely in their evaluations of the same bite mark evidence, which has led to questioning  of the value and scientific objectivity of such evidence.“

Fiber evidence. “Because the analysis of fibers is made largely through well- characterized methods of chemistry, it would be possible in principle to develop an understanding of the uncertainties associated with those analyses. However, to date, that has not been done.“

Weapon comparisons. “Because not enough is known about the variabilities among individual tools and guns, we are not able to specify how many points of similarity are necessary for a given level of confidence in the result.“

While the report took a more favorable view of things like fingerprint analysis and DNA evidence, those also have their weaknesses. Fingerprint comparisons have historically relied on the interpretation of a human being, although an exciting new software program called FRStat is changing that. DNA evidence, too, has relied on a certain amount of interpretation, though it is generally considered the “gold  standard” in forensic science. DNA takes the brunt of the CSI effect, Wright State University biology professor Dan E. Krane told CNN. “Both the public and prosecutors have been … pressuring labs into pushing the envelope of what these  tests can do.” We’re just not there yet.

someone who is thought to be guilty of a crime

a member of a jury

something that makes you lose interest in something

a disadvantage of a situation, plan, product etc

to claim to be or do something, even if this is not true

based on scientific testing or practical experience, not on ideas

to make a formal statement of what is true, especially in a court of law

the crime of deliberately making something burn, especially a building

less than is needed of something synonym lack

?What are the positive effects of T.V shows on the court of law

?What are the negative effects of T.V shows on the court of law

?Are forensic methods supported by science