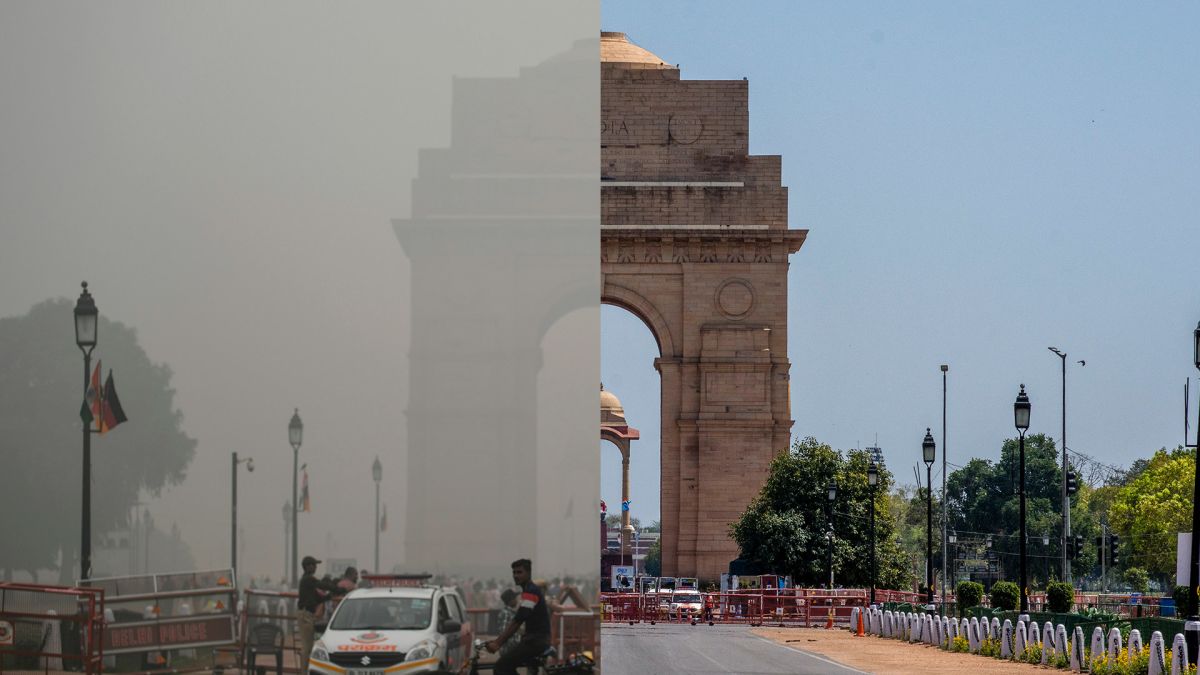 Air pollution is caused by many things

Air pollution, as we know it today, started with the Industrial Revolution in Europe in the 19th century. In the last few decades, it has become the major problem for our environment.

Clean air is normally made up of nitrogen (۷۶ %) , oxygen (۲۲%) , carbon dioxide and a few other gases.

When harmful elements get into the air they may cause health problems and can also damage the environment, buildings and soil. They make the ozone layer thinner and thinner and lead to the warming of the earth’s atmosphere and climate changes.

Our modern life style has led to dirtier air over the years. Factories, vehicles of all kinds, the growing number of people are some things that are responsible for air pollution today. But not all pollution in the air is caused by people. Forest fires, dust storms and volcano eruptions can lead to the pollution of the atmosphere.

Major pollutants and where they come from

Carbon monoxide is a colourless gas that is set free when wood, petrol or coal are not completely burned. It is also in products like cigarettes. Because of it , less oxygen enters our blood and it makes us confused and sleepy.

Carbon dioxide is a greenhouse gas that gets into the atmosphere when we burn coal , oil or wood.

Chlorofluorocarbons (CFCs) are gases that come from air-conditioning systems or refrigerators. When they get into the air they rise high into the atmosphere ( about 20—۵۰ km above the earth’s surface). There, they get into contact with other gases and destroy the ozone layer. We need the ozone layer because it protects us from the sun’s ultraviolet rays.

Lead is in petrol, paint, batteries and other products. It is very dangerous if it gets into our bodies . In some cases it can even cause cancer .

There are two types of ozone that we know of : Natural ozone is in the upper part of our atmosphere , but on the ground, people produce ozone too. Traffic and factories cause ground ozone. It is especially dangerous to children and older people. It makes them tired and doctors suggest not to go outdoors when there is too much ozone in the air.

Nitrogen oxide causes smog and acid rain. It is produced when you burn fuels like coal and oil. It can lead to breathing problems especially when children go outside in the wintertime.

Sulphur dioxide is a gas that gets into the air when coal is burned in power plants. Paper factories and other chemical industries also produce sulphur dioxide. This pollutant can lead to lung diseases.

Another result of air pollution is acid rain. It happens when sulphur dioxide and nitrogen oxide get into the air. When it rains the water that comes down on us has these dangerous substances in it.

Acid rain can also be caused by volcanic eruptions. Volcanoes send poisonous gases high up into the atmosphere.

Acid rain leads to the destruction of forests, lakes and soil. Many lakes and rivers have been poisoned over the decades and even some types of fish have disappeared. Buildings also corrode because of acid rain.

The pollutants can travel in the air for a long time before they come down to earth . That’s why it’s sometimes hard to tell where dangerous pollutants originate. Acid rain that destroys forests and lakes in Austria and Germany may come from power stations in Eastern European countries.

What can we do about air pollution ?

The job of cleaning up our air is difficult but not impossible. Choosing other forms of energy , like solar energy, wind energy or tidal energy could be used for controlling pollution.

Cities like London have shown that better air quality can be achieved in a short time. But we individuals can also help make the air around us cleaner !

Smog is a combination of smoke and fog. It occurs when gases from burnt fuel get together with fog on the ground. When heat and sunlight get together with these gases, they form fine, dangerous particles in the air.

Smog occurs in big cities with a lot of traffic. Especially in the summertime, when it is very hot, smog stays near the ground. It is dangerous to our breathing and in smog areas we can’t see very well.

Smog was first discovered in Great Britain in the 19th century, during the beginning of the Industrial Revolution. At that time people used coal for heating and cooking. Factories also used coal to produce iron and steel. Smoke got together with wet, foggy air and turned yellow. The smog often stayed over cities for many days. It caused lung diseases and breathing problems. Thousands of people died in London every year.

Today, cities that have a high population and are located in hot, subtropical areas have the biggest smog problems—Los Angeles, Mexico City or Cairo.

A lot has been done to prevent smog recently. Factories use coal that doesn’t have that much sulphur in it. And cars are much cleaner today. In some cities, cars aren’t even allowed to drive on smog days.