خانه » Love and Relationships in France

France is famous for being a romantic country. Marianne talks about changing opinions about marriage in her country. 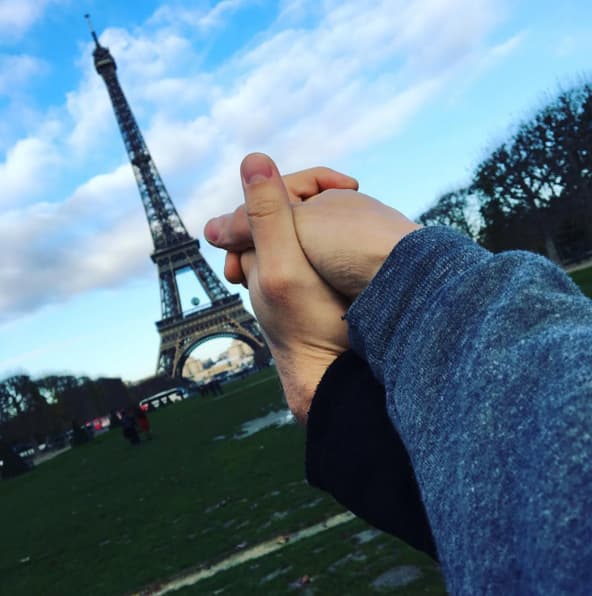 They care more about like having a stable relationship.

It was very important for the stability of the family.

Here, stability refers to being stable, or having little change or turmoil.

It’s not the first priority.

A priority shows that something is more important that other things. Notice the following:

You believe in this idea of the perfect soul-mate.

A soul-mate is a person who is perfectly suited for another person romantically. Notice the following:

Something that is everlasting will last forever or a very long time. Notice the following:

Are they willing to have children out of wedlock?

Wedlock is the state of being married. We often use the phrase ‘out of wedlock’ to describe children born from people who are not married. Notice the following:

Todd: Hello, Marianne. I thought we would talk about love and relationships today.

Todd: If you don’t mind.

Todd: And we would ask you about marriage in your country of France. And is it changing? Like are fewer people getting married? Are they getting married younger or later? Like how is marriage changing in France?

Marianne: Well, marriage, it’s kind of like very, like it’s a traditional idea. Actually, it’s a very conservative idea or very – it became like a conservative concept.

So actually nowadays, I would say that French people do not really care about getting married. They care more about like having a stable relationship or having a real love relationship. Because I would say like for example, for my grandfather and grandmother’s generation, marriage was very, like, it was very important for the stability of the family and for the stability of – even for yourself. Like even for when you were a woman at this time, you have to rely on a husband to live because women were not independent. They couldn’t work or they had difficult access to work.

So marriage was very important to have this possible life and having someone who can support you. But nowadays, because things are changing between men and women, they tend to be equal, so they tend to have the same rights. So marriage became less important to get some stability in your life. But the most important nowadays is to find someone that you can really rely on and someone that you really love to have a family.

So people get married like when they are older. So they really enjoy like being young and enjoy, like, having different partners for example and then decide who is the best one, best partner. And then when they are older, when they are sure, they can get married and have a family. But it’s not the first priority. People are more independent; women and men nowadays in France.

So marriage is like kind of just like people put back – put the marriage back, it’s not the first priority. The main priority is really about love, about finding happiness in your life if you find someone you love.

Marianne: Well, it’s a very romantic idea. So I think it’s – it doesn’t have to do with marriage. Like it depends on your personality I would say because if you believe in this idea of the perfect soul-mate and someone you can live with forever, it’s more like romantic. So I would say, nowadays, like still French people believe in everlasting or never-ending love. But it’s not necessarily through marriage that you accomplish this.

Todd: Okay. And what about children?

Marianne: What do you – so what’s your question about children?

Marianne: No, no. No, no. You have to love each other. You really have to love each other to have children. Like it doesn’t matter so much if you are married or not, it’s just a question of paper usually. For example, if the child should have the name of the father or the mother when you are not married, it could be this kind of issue. But like people can have children and then get married.

Like for example, my friends – I have many friends around me who are just getting married now but they have already children like two or three children. So it’s not, yeah, the question of having children or getting married before – we don’t need – the order does not really matter nowadays. You have to marry the other if the other is really your ideal partner. But it does not matter if you have children before or after.

Todd: That makes a lot of sense. I think it’s the same in a lot of countries these days.