Angela talks about how to remedy boredom in kids. 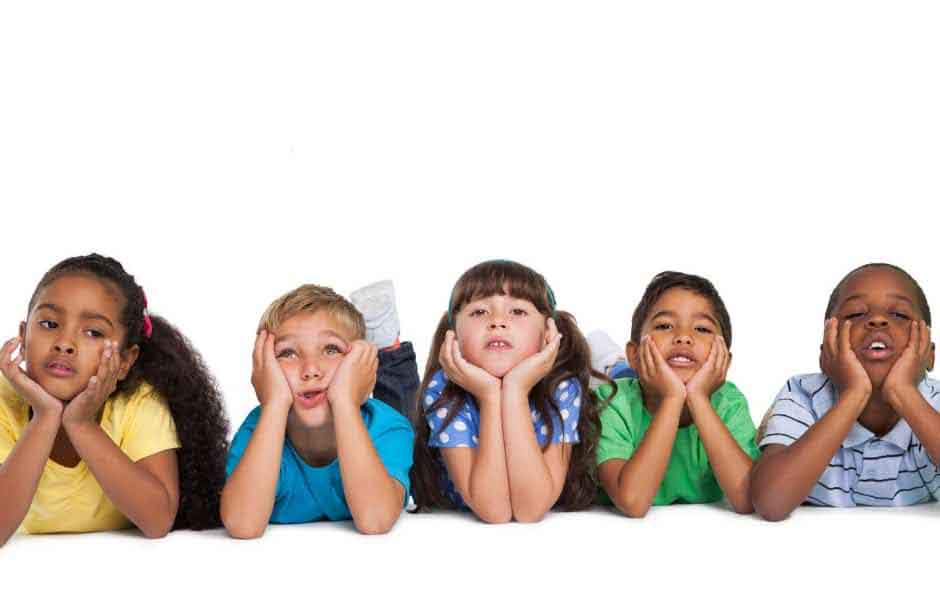 They work for their pocket money.

Pocket money is a small amount of money people use to buy everyday things. Notice the following:

They get the idea.

When you get the idea, you understand something. Notice the following:

The parents just spoil the kids.

If you spoil the kids, you give them too much freedom. Notice the following:

Just stick them outside.

To stick something outside means to place it outside. Notice the following:

Flop down on the floor type of thing.

Type of thing means it’s an example of other similar things. Notice the following:

They hit that wall.

When you hit a wall, you are unable to make any progress. Notice the following:

Todd: So did you ever withhold their wages?

Angela: Yeah, you’re not having it. Yeah.

Todd: Really?! How often would you have to do that?

Angela: I miss that. When I came to Asia, I noticed that the kids were happier with less, much less than we have. And it wasn’t until I spent the year in Asia and then I went to Australia, landed in Sydney, noticed one thing, that the people were much bigger, but also the kids were just so spoiled. The parents were just giving in to them.

Todd: So you think that maybe we need to rectify that situation, that we should stop spoiling kids.

Todd: Take away the PlayStation.

Todd: Just stick them outside, yeah.

Angela: You can get stalls today with – a place where you can put the kids’ tablet.

Angela: Why won’t the kid just look at the world?

Todd: Yeah. It’s so funny you mentioned that because before we were talking about potential business ideas, and I have an idea called “Camp Boredom.”

Todd: Yeah. What happens at Camp Boredom is you send your kid to Camp Boredom and it’s just a camp in the woods or on a farm. The kids come and they go, “What do we do?” and I go, “I don’t know. Nothing. Go outside. Just find something to do.”

Todd: Yeah, because I grew up no Wi-Fi, no nothing. I grew up on a farm and I’m really blessed. I had no idea how blessed I was at the time. But I grew up, I spent all time on my grandfather’s farm, and we had nothing to do. I mean, nothing. But we had this farm, like, so we had everything to do. So the rule was, you had to be up for breakfast at 7:00 and then once you finished breakfast, you had to be out of the house, like you could not be in the house. It was almost forbidden to be in the house unless it’s like raining outside. And you would be outside from sun-up to sundown.

Angela: We’re going to stop the river from flowing.

Todd: Right, right. So that’s my idea. I think Camp Boredom. So maybe we have to…

Angela: I think boredom is good for kids.

Angela: Because, as you say, you know, if they’re always entertained and always fed, then they don’t get to learn how to entertain themselves.

Angela: If you sit them in a car with nothing for six hours…

Angela: Then look out the window.

Todd: There was a great thing recently with Jerry Seinfeld, the comedian. He has a bit where he talks about how his mother would take him to the bank when he was a kid, and like a bank or department store was the ultimate space of boredom. Like there’s nothing you can do. You’re so bored, you just want to like flop down on the floor type of thing. But you’re right, like I don’t know if kids have that anymore.

Todd: Where they hit that wall where there’s nothing for them to do, you know.

Todd: So do you think that maybe we should limit the devices, the smartphones, all that, that kids use?

Angela: I do think we should but I think it’s too late now. I think we’re past the point where you can get Wi-Fi and it’s that… You know, if we took off the kids now, what would they do? They’d be bored.

Todd: Well, you can just never give it to them, right?

Angela: Yeah, in the first place.