Sarah and Adam talk about some of their first jobs, most of which are not typical jobs for teens. 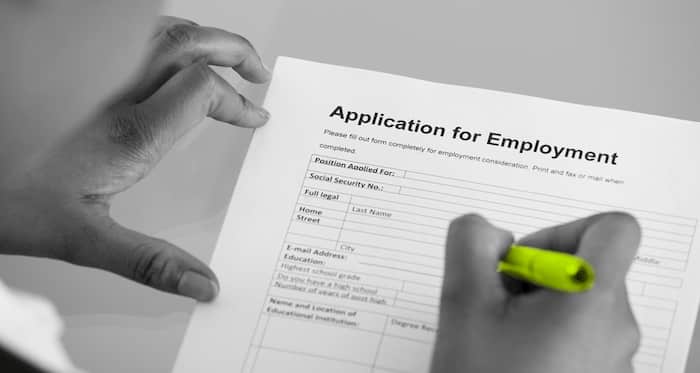 I was under legal working age in the States.

The legal age is when someone is old enought to do something by law. Notice the following:

I drove a fuel truck.

A fuel truck is a truck that carries fuel like gasoline. Notice the following:

I drove a fuel truck around the tarmac and fueled airplanes.

The tarmac is a large paved area for vehicles to drive and park on. Notice the following:

I got people to fill out surveys.

When you fill out a survey or form, you complete it with your information. Notice the following:

We did some kind of prize drawing.

A prize drawing is like a raffle where one ticket or number is pulled from a box as the winner of prize. Notice the following:

I wore an outfit.

An outfit is a collection of clothes that match, such as shirt, pants, and shoes. Notice the following:

Sarah: So Adam, how old were you when you got your first job?

Adam: I was 16 but actually my dad tried to get me to work at Baskin & Robbins when I was 15. And the manager wouldn’t hire me because I was under legal working age in the States.

Adam: How old are you when you first started working?

Sarah: I started working when I was 14. I’m from North Carolina in the States. And there, you are legally able to work at the age of 14. So I worked as a DJ. My father owns a radio station, so I became a DJ at age 14.

Adam: That’s amazing. What sort of things did you talk about as a DJ?

Sarah: It was mainly a programming situation, an AM radio station. So I don’t have to talk much. It was mainly just operating the board. And a few commercials, and weather and things like that I would have to talk. But mostly, it was just pressing buttons.

Adam: Did you play any music?

Sarah: Yeah. Some music, depending on the time of day.

Adam: Could you play what you wanted or did you have to follow a script?

Sarah: No, you have a follow a format pretty much, so. So what’s been the most interesting or exciting job you’ve ever had?

Adam: I worked at an airport fueling airplanes when I was in college. And I drove a fuel truck around the tarmac and fueled airplanes, big commercial airplanes like 747s and also small private prop planes just with two passengers. That was a really interesting, interesting job.

Sarah: It sounds kind of slightly dangerous or maybe a lot of responsibility. Was it?

Adam: Yeah. If you – because you’re driving this large truck around very, very expensive planes, so a lot of responsibility. It wasn’t so much dangerous, I don’t think. But yeah, it was definitely – if you made an error or had an accident, it would be a big accident.

It was – the hours were not very good. I had to wake up at 4:00 in the morning to go to the airport at 5:00. And when I went home I would smell just of gasoline. But it was quite an interesting and kind of exciting job.

Adam: Yeah. How about you? What’s your most interesting job?

Sarah: Most interesting, I guess, for me was I was hired by a car company one time to go and do like test drive demonstrations on like different cities around the US. And I had to, like, ride around with people doing the test drive and tell them about the vehicles, which was interesting because I really know nothing about cars. So I had to memorize a lot of information. But it was fun getting to go to different cities in the US every weekend.

Adam: Wow, cool. What car company did you do this for?

Sarah: I did that for Kia but I’ve also worked for Hummer, and Ferrari and BMW.

Adam: Wow. That’s amazing. Were those separate contracts for Ferrari, Hummer and BMW?

Sarah: Yeah. For those, I didn’t do test drives. I was, what’s called a promotional model or a brand ambassador. So the companies hire local people when they’re an event in a certain area. And most of the time, you’re just getting people to fill out surveys or do some kind of prize drawing. But in the case of Kia, it was actually doing test drives.

Adam: Did you get any free merchandise or vehicles from any of these?

Sarah: I wish I got a free vehicle, but no, just the t-shirt or whatever outfit you had to wear for the promotion.

Adam: Yeah, that’s sounds really interesting. I love cars, so I’d love to do something like that.