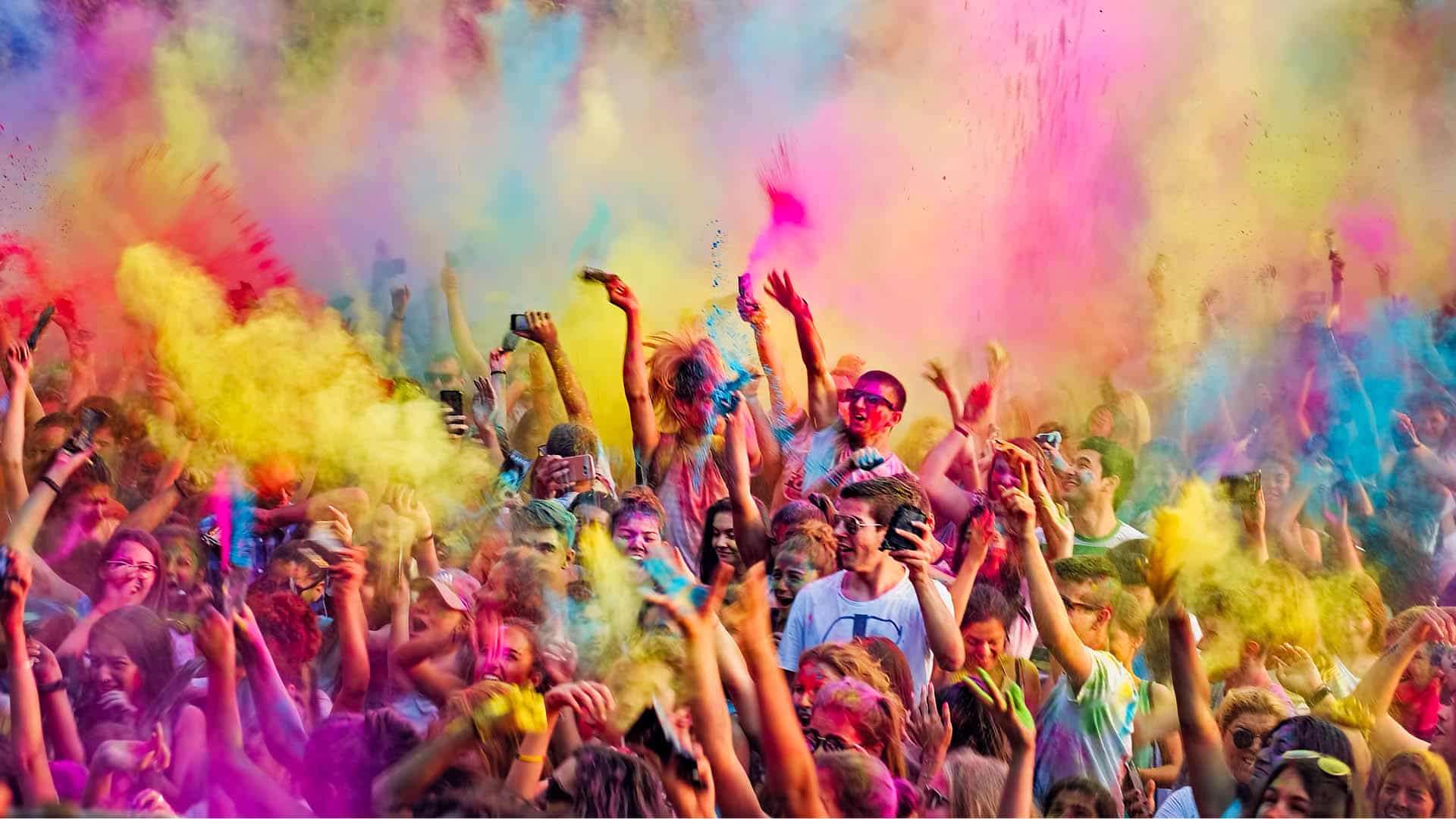 What is Holi and why is it celebrated?

Holi is an ancient Hindu festival that originated in India and Nepal and is now celebrated in many places around the world. The date changes each year depending on the full moon, but it is held sometime between the end of February and the middle of March, and lasts a night and a day. It also represents the arrival of spring and the victory of good over evil. An important part of the celebration is forgiving anyone who has upset you and repairing any broken relationships. Holi is sometimes called the festival of colours.

What happens on Holika Dahan?

The festivities start the night before Holi, which is called Holika Dahan. People build bonfires which represent good winning over evil and the end of winter. They perform rituals around the fire. In ancient stories, Holika was a devil whom the God Vishnu destroyed through fire. People start collecting wood for the bonfires several days before so that they can build really big fires.

What happens on Rangwali Holi?

The next day is called Rangwali Holi. In the morning everyone goes into the streets and people throw coloured powders and water at each other. Some people use water guns and water balloons. After a few hours everyone is soaking wet and covered in a rainbow of different colours. Many people prepare themselves by putting oil on their skin and hair to make it easier to remove the colour afterwards. In the evening people put on clean clothes, go and visit their friends and family and exchange sweets and other delicious food.

Why do people throw colours?

Some people say that the colours are a way of celebrating the many colours of the flowers in springtime. But in the area around Mathura and Vrindavan the people also tell a story about the god Krishna. Krishna was passionately in love with a girl called Radha but he was worried that she would not love him because their skins were different colours. He didn’t need to worry because Radha let him paint her face the same colour as his to show that she loved him. It is said that lovers nowadays often paint their faces the same colour during Holi to remember this story.

There is a spirit of togetherness and equality during the Holi festival as people from all backgrounds and walks of life celebrate and have fun together.

Spirit: the way someone feels at a particular time, for example if they are happy or sad ➔ mood

Exchange: to give someone something and receive the same kind of thing from them at the same time

Ancient: belonging to a time long ago in history, especially thousands of years ago

Festivity: things such as drinking, eating, or dancing that are done to celebrate a special occasion

Represent: to be a sign or mark that means something synonym stand for