Here’s How the Average American Household Spends Its Money

A wise man once said, “Got my mind on my money and my money on my mind.” For a lot of Americans, that’s just a fact of life. Doesn’t matter if you’re struggling to make ends meet or if you’re literally Scrooge McDuck — everybody has to factor in both their income and their expenses if they are going to make it in this world. But what’s the overall shape of the ledgers in United States households, and how does yours stack up to the average? 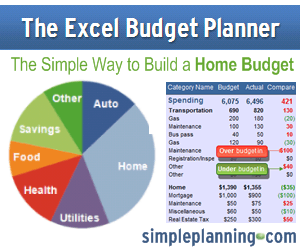 (Personal insurance and pensions – $۶,۸۳۱ (up by 7.6 percent

It’s worth noting that some of those categories can be split into subcategories, although those categories won’t necessarily add up to the total amount of the category. For example, it’s possible to pull out the shelter subcategory of housing costs (as opposed to home maintenance), and then further break that into owned dwellings ($6,210) and rented dwellings ($۳,۸۰۲). There’s not a whole lot of overlap between those groups, so their totals aren’t very close to the actual category average.

If you look at that breakdown by its increases over the years previous, you might notice one major outlier: charitable donations increased by 14.4 percent, nearly double the next-highest increase. And it’s even strange for the category — the previous year, the amount of cash contributions only increased by 1.7 percent. So what was it that drove  so many donations in that year? Well, we hate to get political, but many experts think the 2016 election had something to do with it. For many on the left, the results of the election was a call to action to donate to the causes closest to their hearts. In fact, 100 days after the election, Democratic voters planned to give approximately 50 percent more than they usually would. It’s a phenomenon they call “rage philanthropy.” (If you’re wondering whether the same thing happened after the 2008 election of Barack Obama, the answer is no — charity donations reportedly fell that year — but that was also during the worst economic recession in decades, so the comparison isn’t particularly accurate)

But according to MarketWatch, the effect of 2016’s rage philanthropy might not have been as strong as it was assumed. It was probably a factor, but the United States  donates more than $370 billion every year. Even if a few sectors are the lucky recipients of some bonus bucks, that’s not likely to be reflected in a visible trend. Instead, that increase is somewhat in line with an already well-known phenomenon: donations increase when the economy improves, and in the closing months of 2016, the stock market was higher than ever. So was it Donald Trump, or was it just the overall financial health of the country? Actually, on second thought, maybe the answer doesn’t matter as much as the goodness of charitable giving

to try extremely hard to achieve something, even though it is very difficult

someone who hates spending money

a book in which a business, bank etc records how much money it receives and spends

to give something, especially money, to a person or an organization in order to help them

a strong feeling of uncontrollable anger

?On what things do Americans spend their money

?What expenditure has increased the most in the past years

?What could be the reason for an increase in the amount of money donated

?What is rage philanthropy