?Can You Catch Up on Lost Sleep 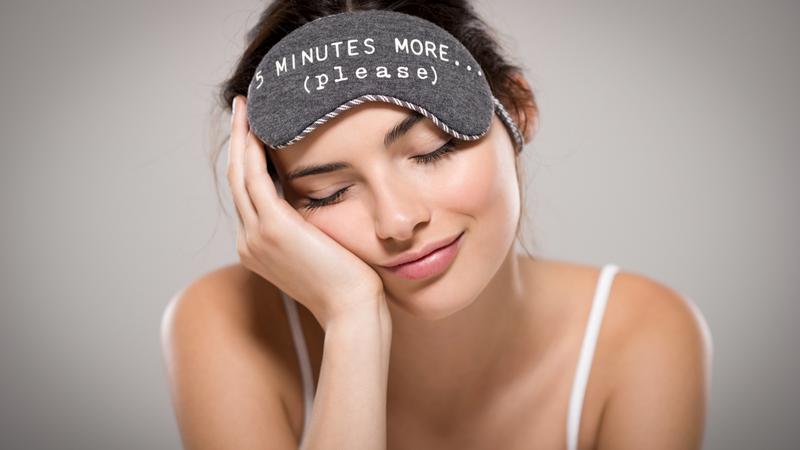 You know how it goes. On Monday you get a little bit behind at work, on Tuesday you need to take your car to the shop, on Wednesday you’re meeting with friends, and by Thursday and Friday, you’re so backed up that you’ve got to sacrifice something — and nine times out of ten, it’s your sleep schedule. At least you can catch up on your exhaustion by sleeping in until noon on Saturday. Or can you? Well, that all depends on how you look at it.

Overdrawn at the Brain Bank

They call it “sleep debt,” and most people in the United States owe big. It will grow over time — miss two hours on Monday night, and Tuesday might be okay. But keep it up and by Friday you’ll be the walking dead. What’s more, sleep debt accrues what you  might call “sleep interest.” In  other words, if you get six of your eight on Thursday night and you try to catch up by getting ten on Friday, you’ll still end up in the red. It’s certainly true that paying off that “debt” is an uphill battle — even if you don’t stay up for 11 days straight.

In one study carried out at Harvard Medical School, researchers put nine participants  on  a grueling sleep schedule. Instead of a 24-hour day, they lived on a 43-hour clock, staying awake for 33 long hours and sleeping for 10. They found that just after their extra-long snoozes, the participants operated at top capacity, but after about six hours, their sleep debts came back to  haunt them. Although the fact that their circadian rhythms were at their peak in late afternoon did a bit to mask their deteriorating mind states, it was clear that any beneficial effects from their  sleep were a stopgap at best.

There’s a reason the researchers chose 43 hours for their experiment. They wanted to address the extra long hours that many physicians and other people on shift work have to deal with — you certainly don’t want to get the surgeon who’s on hour 31.

The National Sleep Foundation doesn’t recommend racking up sleep debt precisely because it’s so hard to pay off. But a more recent study emphasizes that while periods of sleep deprivation followed by generous amounts of sleeping in isn’t ideal, it’s better than just staying sleep deprived.

Instead of looking at day-to-day function, this study led by Torbjörn Åkerstedt focused on mortality. It showed that adults who had five hours of sleep or fewer per night had a 65 percent higher mortality rate than those who got six to seven hours. But when you accounted for the ones who caught up on their sleep on the weekend, that difference disappeared entirely. So while it might hobble your day-to- day brain function, strings of late nights followed by a couple of late mornings won’t interfere with your ability to live a long life.

Paying Back Your Sleep Debt

If you’re running a high sleep debt — and if you live in a Western nation, you probably are — the good news is that while getting a sleep debt paid in full is difficult, it isn’t impossible. Speaking with Scientific American, Lawrence J. Epstein of the Harvard-affiliated Sleep HealthCenters gave some advice for balancing your bedtime budget. Here’s a quick tutorial

Take your time. It might be a few months before you’re sleeping normally, so be patient

Go to bed when you’re tired. Seems obvious, but hold yourself to that

Wake up on your own time. No alarm clocks allowed

Expect to sleep a while. You’ll probably do about 10 hours a night at first

Let your body decide. As time goes by, you should fall into a more regular rhythm

Now, if you have an actual job you have to go to in the morning, that prescription might be tough. In that case, focus on the “go to bed when you’re tired” rule and plan for earlier bedtimes for a couple of months. You still might be able to pull it off. It’s certainly worth a try to earn your sleep credit back

if advantages accrue to you, you get those advantages over a period of time

something that is very difficult to do

relating to a period of 24 hours, used especially when talking about changes in people’s bodies

To pull sth off

to succeed in doing something difficult

?What the reasons that some people lack sleep

?What does the first study prove about sleep and making it up

?What does the second study show

?Is it possible to make up for the lost sleep

?What techniques can be used to manage lack of sleep