Yoga is becoming more and more popular around the world. What exactly is it, where did it come from and what are the health benefits of doing yoga? 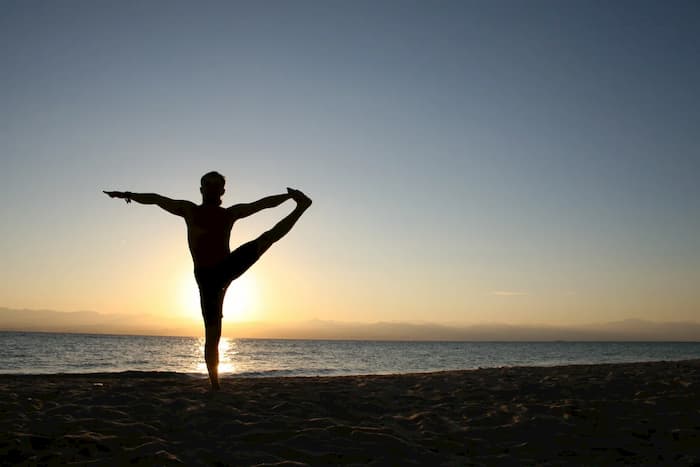 Most people know yoga as a kind of exercise which aims at developing strength and flexibility. To practice yoga, you learn a series of ‘postures’, where you put your body into different positions. The correct breathing is also important. However, yoga is really about more than just exercise. In 2014, the Prime Minister of India, Narendra Modi, asked the United Nations to create an International Day of Yoga, saying that yoga ‘is not about exercise but to discover the sense of oneness with yourself, the world and nature’. He felt that yoga could not just help people to be healthier but also help connect people to each other and to nature. The United Nations agreed, and International Yoga Day is now celebrated on 21 June.

Where did yoga come from?

The history of yoga goes back at least 5,000 years, and some people claim it is nearer 10,000 years ago. It was first developed in Northern India and at this stage was a spiritual as well as a physical form of exercise, connected with both Hinduism and Buddhism. In the late 19th and early 20th centuries, yoga was introduced to the Western world when Swami Vivekananda travelled to the United States to talk about yoga at a conference in Chicago in 1893. Others followed in the 1920s and 1930s, and by the 1960s yoga had become a very popular form of exercise in the United States and in Europe. Most people who practice yoga today do not do it for spiritual reasons.

What are the benefits of yoga?

Yoga is good for the mind and body. Regular practice of yoga helps people to improve their balance and stamina. Although you won’t really get out of breath, like you might playing football or running, it does help to keep your heart healthy and you can lose weight. It can also help with back pain.

The breathing taught in yoga can help people to reduce stress and anxiety. There are lots of different possible breathing patterns you can do. Yoga also improves concentration and helps people to sleep better, so it’s great for anyone who’s under pressure at work or in their studies.

There are lots of different types of yoga, so you can choose what suits you best. Hatha Yoga is often good for beginners, because you hold each position for a few breaths. In Vinyasa Yoga you change position much more quickly and you might get out of breath. It’s quite challenging if you haven’t done much yoga before. Bikram Yoga is sometimes called ‘hot yoga’, because the room must be heated to around 40 degrees. As well as these and other more traditional forms of yoga, there are also some more unusual modern forms of yoga. For example, you might enjoy ‘laughter yoga’, where people do breathing exercises and laugh about nothing in particular – laughing is very good for your health. Or what about ‘Aeroyoga’, where you do yoga while you are hanging from the ceiling? It’s supposed to be very good for your back. Or ‘Doga’, where you do yoga together with your pet dog?

Whatever kind of yoga you choose, there are definitely some health benefits, and you should have fun too.

Oneness: a state of being joined as one thing, and no longer separate

Claim: to say that something is true or is a fact, although you cannot prove it and other people might not believe it

Stamina: the physical and/or mental strength to do something that might be difficult and will take a long time