What can Avicenna teach us in time of Coronavirus? 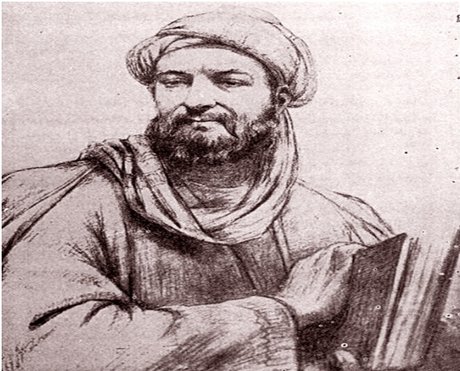 As COVID-19 brought science and philosophy closer, we have seen a resurrection of interest in Persian polymath Avicenna.

Every day at 7pm in New York, we come out to our balconies or front doors to bang on pots and pans and express our gratitude to physicians, nurses, and other public health workers who are risking their lives to care for and cure those infected with the coronavirus.

We are grateful that they continue to do their job despite being forced to work severely understaffed and ill-equipped due to a military culture that spends billions of dollars on military hardware but has left healthcare in shambles.

We are also appreciative of the work thousands of scientists do around the world to help provide the needed knowledge and biomedical breakthroughs to combat the disease, while also advising governments on what policies to implement to contain it. Indeed, medical staff and scientists have emerged as the reluctant heroes of this pandemic.

The struggles of science

As the figures of the medic and the scientist are emerging as a much-celebrated character, a saviour of some sort, science is facing growing challenges of its own.

Amid the pandemic, scientific communities are struggling to distinguish between good science and bad science. “Science has an ugly, complicated dark side,” Jackie Flynn Mogensen wrote in a recent article for Mother Jones, “and the Coronavirus is bringing it out. Questions are surfacing which the medical profession and science is not ready or prepared or equipped to imagine and address.

But who is to address such vital matters? Physicians as scientists or moral philosophers as critical thinkers, or both, or neither?

Such issues have been the subject of study of generations of scholars in the field of sociology of science. Central to this discipline is the idea that no scientific inquiry, or scientific methodology is entirely independent of social and political factors, or even religious predilections, framing the nature of questions raised and answers speculated.

An Avicenna for our time?

Since the outbreak of COVID-19, we have seen a resurrection of interest in Avicenna, or Ibn Sina (۹۸۰-۱۰۳۷) as he is known in the Muslim world, a Muslim scientist from Iran who has had a profound and lasting influence on the field of medicine.

Today, Muslims proudly remind the world that Avicenna’s legacy is helping the anti-pandemic efforts across the world. “To fight a microscopic virus, the world has turned to nearly-millennium-old recommendations from Muslim polymath Ibn Sina, a father figure of early modern medicine,” wrote one Muslim writer.

They point out how the very idea of quarantine is rooted in the scientific work of Avicenna who had argued for controlling “the spread of diseases in his five-volume medical encyclopedia The Canon [Al-Qanun] of Medicine, originally published in 1025”.

In much of this understandably proud recollection, what is crucially missing is the fact that Avicenna was not just a medical scientist – he was also a towering philosopher. Let that sink in for a moment: A monumental figure in the history of medicine was also a prolific philosophical thinker.

A cursory look at his lifetime achievements shows Avicenna was not just ambidextrous in science and philosophy, or a polyglot Renaissance Man, as we would say today, who wrote on a variety of subjects. He was much more than these labels.

His work emerged from an epistemic foregrounding that had not yet been overturned in the course of European modernity in which the fragmentation of human sciences between reason and intuition, or science and religion, or social sciences and the humanities, had not yet occurred.

Avicenna wrote on logic, metaphysics and mysticism, on psychology and music, mathematics and medicine – and he did so from the visionary certainty of a deeply learned and cultured and philosophical mind.

To be sure, Avicenna was a Muslim philosopher/physician in direct descendants from his Greek predecessors.

But the issue at hand is not just about science and philosophy. If we place his philosophical and scientific oeuvre next to his masterpiece mystical treatise, Al-Isharat wa al-Tanbihat (Remarks and Admonitions), then we have a fuller picture of the map of his mind. Al-Isharat is the summation of Avicenna’s mature thinking in allegorical and mystical prose. The book does not fit into any genre of science or philosophy in the pedagogical sense of the terms, for its treatment of logic and ontology leads in the penultimate Ninth chapter to discussions of philosophical pleasures and theoretical gnosis.

Avicenna was by no means the only figure in the history of Islamic learning to have combined science and philosophy. The equally monumental figure of Nasir al-Din al-Tusi (1201-1274) was identical in his fusion of science, in his case astronomy, and philosophy, particularly his commentaries on Avicenna’s mystical work.

Avicenna was neither a professional physician, nor a professor of philosophy. He wrote from the depth of a unique frame of scholastic learning in which the Greek heritage had come to a vastly different moral imagination than the one Europe would claim centuries later.

Today, philosophers like Bruno Latour propose to build “a new normal where the fight against climate change [is] paramount”. Before politicians and scientists come back together to dismiss such caring philosophical minds, we must remember a time when scientists and philosophers were one and the same, or at least on the same page.

The point here is neither to dismiss the astonishing scientific achievements of humanity around the globe, or downplay the turn philosophy thinking has assumed in the same world.

Nor is it to remember with nostalgia a bygone age either.

The point rather is to come to terms with the changing environment of the globe after the frightful rise of this pandemic and wonder if we are at the cusp of a new epistemological breakthrough at the root of our very self-consciousness about our world. Where do we stand, what needs to be done, what form of knowledge and self-awareness could save humanity from itself?