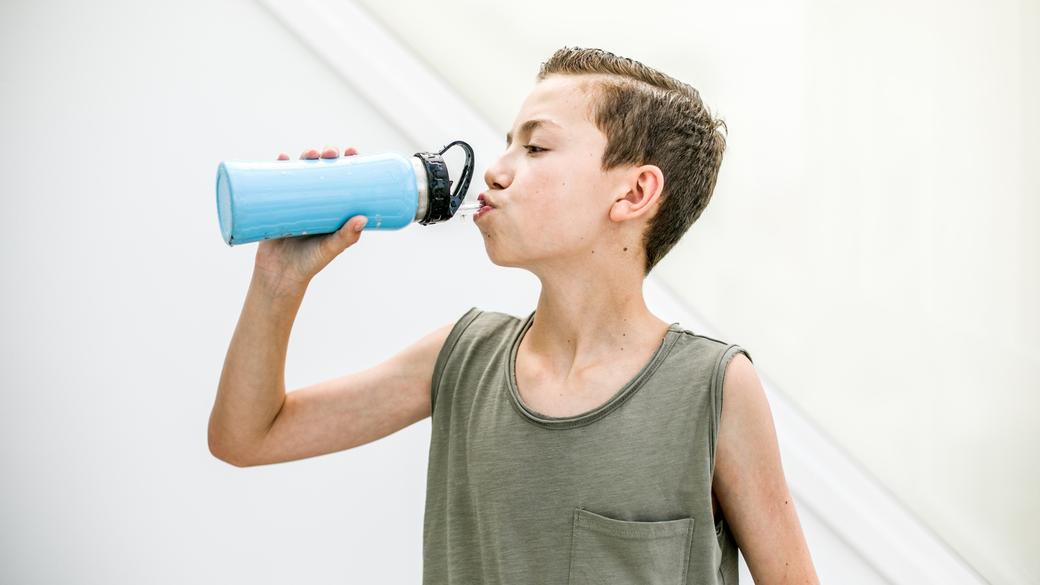 While parents and society at large spend plenty of time urging children to eat their vegetables and get enough sleep, making sure kids get enough to drink has more of a tendency to slip through the cracks. Health data indicates that more than half of children in the U.S. are not properly hydrated.

“We’ve studied dietary effects on children’s cognition for a long time, but the opportunity to promote cognitive function in children with water intake is very important,” said Naiman A. Khan, a professor of kinesiology and community health at the University of Illinois, Urbana-Champaign, in a press release. “Children are at a higher risk of involuntary dehydration: They depend on adults to recognize their needs and provide them with water.”

To see how hydration might affect children’s mental sharpness, Khan’s team and his collaborators at Northeastern University tweaked the water intake of 75 children between the ages of 9 and 11 for three 4-day periods. They split the kids into three groups and assigned them to drink varying levels of water — ۰.۵ liters (16 ounces) per day, 2.5 liters (85 ounces) per day, or the same as they were before — for each of the 3-day sets. On the fourth day of each rotation, the scientists analyzed the children’s urine, looking specifically at the sample’s volume, color, and concentration.

The day after completing each round, the kids completed several cognitive tests.

The first test measured their attention and reaction times. Participants would look at a screen where a target arrow flashed for a fraction of a second. The target arrow was surrounded by other arrows that either faced in the same or the opposite direction, and they had to press a button based on which way the target arrow was facing.

Another assessment tested their inhibition. The kids were supposed to press a button with their right thumb when shown a cartoon image of a lion, but not a cartoon tiger.

The final test evaluated the kids’ cognitive flexibility, or the brain’s ability to quickly switch focus between different concepts. They were shown two “characters,” a blue circle and a green square with faces and arms. First, the kids were asked to focus on the colors, pressing a button with their left thumb for green and their right thumb for blue. Next, they were asked to respond to the shape, left for square and right for circle. The last round combined all of these elements and corresponded to the positioning of the characters’ arms: If the character’s arms were up, the kids were supposed to press the buttons based on the color task. If the arms were down, they were supposed to use the buttons to respond to the shapes.

You Can Lead a Child to Water …

When the researchers looked at the urine samples from the children in the same-as-usual drinking group compared with the low 0.5-liter group, the biomarkers were virtually the same. That suggested that many of the kids were habitually underhydrated.

The Centers for Disease Control actually doesn’t specify how much water is “enough,” but experts say that less than one liter usually doesn’t cut it.

“Given that these aspects of cognition underlie academic achievement, it is interesting to think about low-cost lifestyle interventions, such as increasing water intake, to benefit cognitive and brain health as well as effective functioning throughout the school day,” Charles Hillman, a Northeastern professor who co-authored the study, said in the press release.

Khan and his team hope to study the relationship between hydration and other brain functions in the future. They also want to use brain-imaging technology to see which brain networks benefit most from water intake.

For now, when elementary school students ask to take repeated trips to the water fountain, it’s a good idea to let them. That extra water may be improving their ability to process information and readjust their focus.

a strong wish, especially one that is difficult or impossible to control

having absorbed enough water or other liquid

the use of conscious mental processes

to change something slightly, especially in order to make it more correct, effective, or suitable

How many groups of students were studied?

What was the specification of each group?

What was the purpose of the study?

What brain functions were tested in the study?

What was the result of the study?