Know that Fresh Rain Smell? Here’s What Causes It 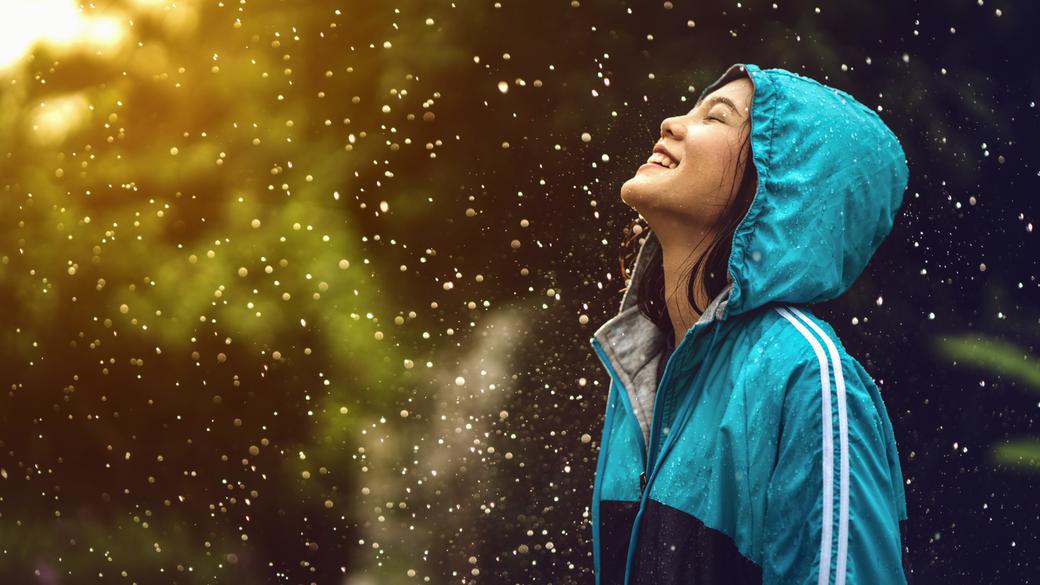 It’s a hot day, and you’re lolling around feeling sticky, lazy, and cranky from the heat. Then big, fat gray clouds roll in. The air shifts and suddenly fat raindrops are plopping onto the ground. Then it hits you — that earthy “fresh rain” smell. It’s lovely (and nostalgic) for most of us, but what is it exactly? Science has the answer.

Blame It on Bacteria

While the world may be full of more pressing problems, such as curing cancer and slowing climate change, fear not. Scientists have also found time to devote to the question of just why rain smells as it does. First, a team of Australian scientists dug into the matter. Then MIT scientists built on their work in just the last decade. Helpfully for the curious, Tim Logan, a professor of Atmospheric Sciences at Texas A&M University, rounded up all their results recently for The Conversation.

The answer to the question, “What causes that fresh rain smell?” he writes, boils down to one word — petrichor. But what is petrichor?

The term denotes the chemical process that happens when rainwater meets dry earth. The moistening of the earth, Logan explains, releases a cocktail of chemical compounds, including things like plant oils. But the most important ingredient in producing the smell of petrichor is a type of stinky alcohol called geosmin.

It’s not the stuff you find in a bottle of tequila. Instead, geosmin is produced by bacteria that live in the soil and break down whatever dead stuff happens to fall to the earth.

So rain plus dirt equals geosmin, which creates that telltale fresh rain smell. But why only fresh rain? Why doesn’t a days-long downpour smell the same as a quick shower? Dryness, it turns out, slows down the geosmin-producing bacteria responsible for breaking down the organic matter in the soil. Add a few drops of rain, however, and the bacteria kick into high gear and produce more geosmin.

As the raindrops spatter the ground, they kick up geosmin-containing compounds in aerosol form. Let a few gusts of wind stir things up, and presto, your nose detects the geosmin and that unmistakable fresh rain smell.

It can even be strong enough that people downwind can catch a whiff and smell an approaching storm. And even if you can’t detect petrichor before the rain actually arrives, you may be able to sniff out another telltale sign a storm is brewing — ozone.

As tropospheric chemist Louisa Emmons explained to Scientific American, the electric charge from lightning “splits atmospheric nitrogen and oxygen molecules into separate atoms. Some of these recombine into nitric oxide, and this in turn reacts with other atmospheric chemicals, occasionally producing a molecule made up of three oxygen atoms — ozone,” which has a distinctly sharp scent. You really can smell rain coming.

So, you might be thinking, you’re telling me that the delightful smell of fresh rain I remember from childhood and relish during every change of seasons is actually the result of rotting dead stuff and lightning? Yup! Isn’t nature cool?

needing to be discussed or dealt with very soon synonym urgent

to mean something ➔ connote

if a liquid spatters, or if something spatters it, drops of it fall or are thrown all over a surface synonym splatter