Angela talks about transitioning her life once her twin children became adults. 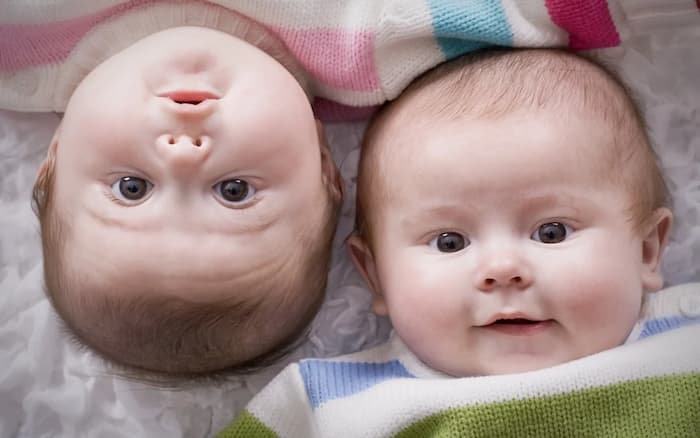 An empty nester is a parent whose children are grown up and have left the house. Notice the following:

kicked out of the nest

You would get kicked out of the nest.

When you are kicked out of the nest, your parents encourage you to move away from home and live on your own. Notice the following:

You’ve done something against the grain.

When something is against the grain, it is a less common way to do something. Notice the following:

In the family dynamics.

Family dynamics is how people in a family communicate and live together. Notice the following:

And then it hit me.

“It hit me” is used when you suddenly understand something. Notice the following:

I even get choked up.

When you get choked up, you feel like you will cry. Notice the following:

Todd: So I’m here with Angela and she is a writer and a traveler, a teacher, a businesswoman, and you’re also a mother.

Todd: You have twins! That’s amazing! Wow. And so you also are now what’s called an empty nester. Can you explain what that means?

Angela: It’s the feeling that you get when you realize that you’ve worked hard for your kids all those years and now they’re ready to leave. Because they’re twins, the nest is going to be emptied completely at once.

Angela: And I would be in a house by myself. I did think though that my son would have stayed home forever, so I would never have gotten to a position of having an empty nest. And my daughter, she left a little bit earlier. But it was just the thought of, you know, you’re in a house that your family’s grown up in, what do you do now? Do you take in lodgers? Do you rent the house out? And that’s when I made my decision to travel. It was a gap that I spotted because my kids were 18 at the time. It was likely that my daughter would have grandchildren at some point or I would have grandchildren, and she’d have children, and then it would not be possible to go away again. So I saw the gap.

I rented the house out. And my son who was the last to leave the house, he said, “Mum, are you renting my room, as well?” I said, “Of course, I’m renting your room. You don’t get a house with a teenager resident in it,” and he was absolutely flummoxed but he found somewhere to live. He’s working. She’s found somewhere to live, she’s working. And I think that one of the things you can give your kids actually is independence. I think it’s the biggest thing that you can give them.

Todd: Yeah, back in the day, you know, it used to be that you would get kicked out of the nest. That was another phrase, you know.

Todd: They’d say like, “Okay, when you’re 18, your parents would give you that push like a mother bird. Go fly. Go do your thing.” And I think it’s still a good thing, actually.

Todd: You know, that you go out, you… I was not really kicked out but I did leave right away and it was a good experience.

Angela: It’s the best experience. You know, those years when you’ve got freedom, you got your friends. You’re growing up. You’re learning about the world. You should be out there by yourself.

Todd: Now, you’ve done something against the grain. You went and traveled by yourself.

Todd: And your gap year. Now in Asia where we are, this isn’t really an empty nester culture. Like I don’t know if they… Especially Thailand, they don’t really push kids out of the house. People stay and live a little bit more. Have you noticed a difference like in the family dynamics now that you’re in Bangkok?

Angela: I think in Bangkok, in Thailand, and certainly at the other Southeast Asian countries I traveled, I’ve been amazed at how families operate and live together. I think I’m very saddened by my own circumstances in the UK, and lots of people in the UK where families are divided and they don’t live together. They don’t support each other. When I was living in Isaan, it was very obvious that families, because there are no social services, people have to work or they’ve got no money. So the parents would have to go to Bangkok or Phuket, or one of the tourist areas, and the children would be left with their grandparents in the village. So it was obvious, there were lots of children who were growing up with grandparents, aunties. But I looked at this and thought, “Well, these kids are living out in the village where it’s safe, they’re happy. You know, they grow up as a gang and they’re loved.”

Todd: Yeah, that’s really nice. And since you mentioned that, one of the saddest things I ever saw unexpectedly was when I was in the Philippines. I was flying out, I was in the Philippines. I had a great time and when I was going, at the airport, they had this long line, and I didn’t know what was going on. It was all these children and their mothers. I mean, we’re talking dozens and it just… It seemed strange. And then it hit me, “Oh, because the Philippines have so many people that work overseas.” These were all mothers that were saying goodbye to their children.

Todd: Because they had to go work overseas. And it’s like I even get choked up now like thinking about it. It was just really powerful that like the people that have that situation, that those mothers, you know they don’t want to leave their kid.

Todd: That’s got to be really hard but they have to.

Angela: But they have to.

Todd: They have to go to wherever they’re going to go in the world. Yeah, that was something. I’ll never forget that.